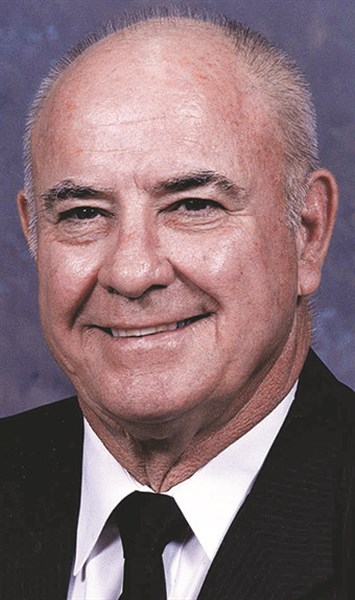 Jimmy Lee King of Loris passed away on Thursday, March 9, at McLeod Loris hospital. He was 71.
He was born on Jan. 27, 1946 in Conway, a son of the late Leon King and the late Lula Godwin King.
Mr. King served his country with dignity, courage, and honor in the United States Army during the Vietnam War. He went on to work and retired from the City of North Myrtle Beach as a heavy equipment operator. He was a devout Christian and a longtime active member of Faith Holiness Church in Whiteville.
Survivors include his daughter, Robin Daubner of Ohio; three sisters-in-law, Brenda J. King of Loris, Foris Jean King and Mary Frances King both of Conway; and many loving nieces, nephews, extended family and friends.
In addition to his parents, Mr. King was predeceased by his three brothers, John B. King, Levon King and Charlie King; and his two sisters, Doris Cox and Edna Earl Faircloth.
Funeral services were held at 3 p.m. Sunday, March 12, at Hardwick Memorial Chapel in Loris with Pastor Michael Brown officiating. Committal services followed at Twin City Memorial Gardens Cemetery.
Mr. King had two special requests; that memorials be made to Faith Holiness Church, Foreign Mission Fund, 608 Alton Singletary Road, Whiteville, NC 28472 and that no one attending his visitation or funeral service wear a tie.
A guest register is available here.