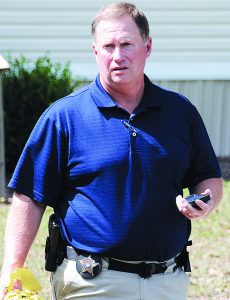 A retired deputy who once lead the Detective Division at the Columbus County Sheriff’s Office is accused of stealing cash held as evidence by that agency.

Nobles is accused of taking $3,500 cash from safe in the evidence room at the sheriff’s office during the time he was in charge of the Detective Division there.

Sheriff Lewis Hatcher commented on the arrest in a statement Thursday morning.

“When discrepancies were discovered in 2015, I requested an independent investigation from the North Carolina State Bureau of Investigati 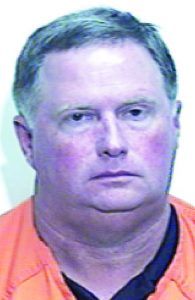 on,” Hatcher said. “This charge is a result of that investigation. As Sheriff, I have the upmost respect for all employees at the Columbus County Sheriff’s Office, however I will not allow any person or person’s to interfere with the integrity of this office.”

Sheriff Hatcher, confirming the SBI investigation in October 2015, said that Nobles and former Det. Captain Roy Norris, were the only people with access to the evidence room at the sheriff’s office.

Hatcher Thursday said he can now confirm that Norris, then a civilian employee who assisted logging evidence, was not implicated with any crime.

“Roy Norris was never a subject of this investigation,” Hatcher said.