Sought by police during the weekend, the suspect in last week’s arson of a mobile home was arrested by Tabor City police on Monday, Chief Donald Dowless said. 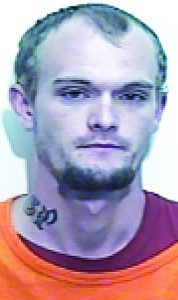 For the full story see this week’s Tabor-Loris Tribune in print and online.

One person is in custody as police search for the man they believe set a mobile home ablaze late Tuesday, Capt. Greg Sibbett of the Tabor City Police Department said Friday. 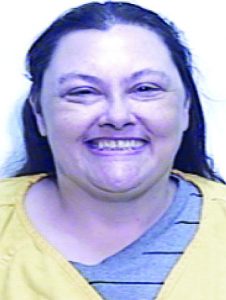 Sossity Samantha Pyles, 42, who has been living in the Tabor City and formerly resided in Dunn, was charged Friday afternoon with accessory after the fact of a felony, accused of aiding Michael Dillon Barefoot after he set a mobile home at the corner of Carter and East 5th streets ablaze about 11 p.m. Tuesday, Sibbett said.

Warrants have been obtained charging Barefoot with second degree arson, Sibbett said. Police have talked with Barefoot by telephone, and he had agreed to come in for an interview, did not show.

Barefoot is 23, a former Dunn resident, and may be living in the Loris or Green Sea area, Sibbett said.

Sibbett said fire that gutted the older model mobile home began under the carport, and spread quickly, filling the trailer from end-to-end before firefighters arrived.

Columbus County Deputy Fire Marshal Josh Cartrette ruled the fire “suspicious” early in his investigation Tuesday. Sibbett said he is working with Cartrette on the case.

For more on this story see next week’s Tabor-Loris Tribune in print and online.