An early Sunday fight at a party on Good Luck Road near Aynor led to gunfire that killed a Loris teen, a video recorded altercation that has prompted the arrest of a local man expected to face charges in the case, the Horry County Police Department reports. 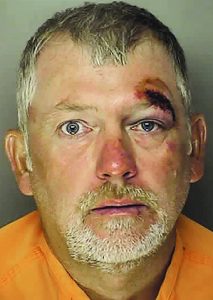 Michael Williamson, 47, of Aynor was charged late Monday afternoon with manslaughter and possession of a weapon during the commission of a violent crime, Dotson said. He was arrested early Sunday, and held without bond at the J. Reuben Long Detention Center near Conway.

Nathan Kendell Bell, 35, of Loris, was charged with assault and battery and four counts of contributing to the delinquency of a minor, Dotson said. 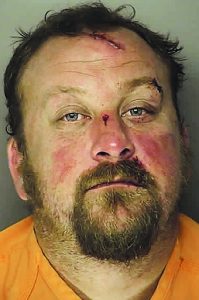 Bell, accused of taking Prince and three other juveniles to a party at Williamson’s Aynor area home, is accused of placing the teens in an area that placed them at risk of harm.

Both Williamson and Bell were arrested early Sunday and held at the J. Reuben Long Detention Center near Conway without bond.

Police have surveillance video of the altercation that resulted in Spencer’s death, obtained through the Williamson’s home security system, the report said.

Police initially believed Williamson was a victim, an incident report from HCPD Officer Darren Michael said. Officers initially responded to Asbury Road in the Aynor area, where one of several victims or witnesses said they had been assaulted by four men in a white Tahoe.

Police were told early that shots had been fired, but they were only “warning shots,” the report said.

Police quickly made contact with Williamson and others at Williamson’s home, and were told by at least three people that the suspect and others were involved in an argument involving Williamson’s son.

Police learned shortly of the shooting victim at McLeod Loris, the report said.

Funeral arrangements for Spencer have been made and can be found here.

For more see this story in this week’s Tabor-Loris Tribune in print and online.