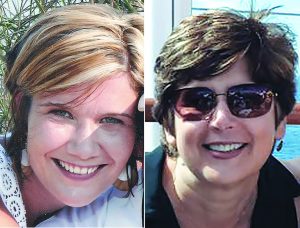 A two-state manhunt was underway Tuesday, a day after two employees at a Conway CresCom bank branch were murdered during an armed robbery, the Conway Police Department reported.

Kathryn Davis Skeen, 36, of Green Sea and Donna DeVuyst Major, 59, of Conway, were shot and killed during the hold-up at the CresCom branch on 16th Avenue in Conway, Horry County Deputy Coroner Michelle McSpadden confirmed Tuesday.

A fugitive from North Carolina already wanted for bank robbery was named a “person of interest” in a CPD news release Tuesday.

Brandon Michael Council, 32, of Wilson should “be considered armed and dangerous,” the news release said. Council is already facing a charge of common law robbery in Feb. 11 theft at a Wilson BB&T, wilsontimes.com reported.

In the Wilson robbery a man entered the branch on South Tarboro Street at about 9:14 a.m., demanded cash, and walked away with an undisclosed amount of money, police said. No weapon was shown during that robbery, leading to the felony common-law robbery warrant.

Convicted in March 2011 as a habitual felon for larceny over $1,000, Council was released from prison on Nov. 3, 2016, his parole terminated on July 31, just 11 days before the BB&T robbery, state Department of Public Safety records show. His previous criminal history includes convictions for breaking and entering, larceny, larceny of a motor vehicle, and receiving a stolen vehicle, all in Wake, Pitt and Wilson counties in North Carolina. 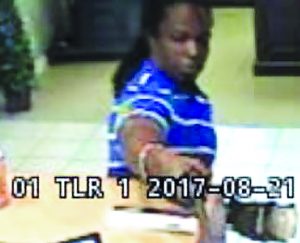 Anyone with information on the robbery and murders, or on where Council might be, is asked to contact law enforcement immediately and not to approach Council. Tips may also be given to Crime Stoppers of the Low Country at 1-888-CRIME-SC (1-888-274-6372).

Visitation for Skeen was planned from 6 to 8 p.m. Thursday at Johnson Funeral Home in Aynor. Her funeral was planned for 11 a.m. Friday at Advancing The Kingdom Church, 1601 11th Avenue in Conway. Her obituary is available here.

Obituary information for Major was not available late Tuesday afternoon.

Updates will be posted here as warranted. See the full story in this week’s Tabor-Loris Tribune in print and online.