Criminal charges including two counts of murder, armed robbery and weapons violations will be brought against Brandon Michael Council, initially described as a “person of interest” in Monday’s killings inside a Conway bank, 15th Circuit Solicitor Jimmy Richardson said Wednesday. 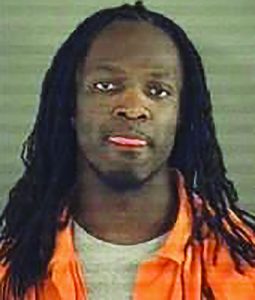 Council, 32, of Wilson, was taken into custody in Greenville, North Carolina just after noon today, his alleged criminal activity spanning at least two states, with federal prosecutors considering their own charges, Richardson said during a news conference in Conway.

Council will also face state charges of entering a bank with intent to steal, grand larceny, armed robbery, committing a crime with weapon, and being a felon in possession of a pistol.

Accounts have been established by two local churches to support the children of CresCom Branch Manager Katie Skeen and head teller Donna Major, the women killed during Monday’s robbery at the bank’s 16th Avenue branch in Conway.

Both accounts have been established at CresCom Bank. Donations may be made to the churches, or at any CresCom branch, Brandon said.

A Celebration of Life Service for Donna Major was planned for 5 p.m. Sunday, Aug. 27, at NewSpring Church, 3001 Waccamaw Boulevard, Myrtle Beach. Family will receive friends at the church from 3:30 to 4:30 p.m. Obituary details can be found here.

Look for more on this story here as events warrant, and a wrap-up in the next Tabor-Loris Tribune in print and online.

Brandon Michael Council, the “person of interest” in Monday’s double murder during a bank robbery in Conway, is in custody in Greenville North Carolina.

Council, 32, and two other people were taken into custody during a traffic stop after a witness reported seeing Council near a Red Lobster, witn.com reported.

Greenville Police Chief Mark Holtzman said the 911 call came just after noon, and that an officer initiated a traffic stop as the vehicle pulled into the Baymont Inn. Council reportedly ran from the car, but was quickly in custody following a foot-chase.

Council is already charged in warrants obtained by the Wilson Police Department with common law robbery of a BB&T branch on Aug. 11.

Conway police named Council as a “person of interest” following Monday’s hold-up at the CresCom Bank on 16th Avenue in Conway. Branch manager Kathryn Davis “Katie” Skeen, 36, of Green Sea and head teller Donna DeVuyst Major, 59, of Conway, were shot and killed during that hold-up.

Law enforcement in both states have been actively looking for Council since, and there have been multiple reports that he was seen in various locations, with rumors rampant in Loris Wednesday. Bank offices in Loris and other institutions, including a nursing home, were locked Wednesday morning though police said there was “no active pursuit” around the noon hour.

Check back for more as events warrant, and see the full story in the next Tabor-Loris Tribune in print and online.