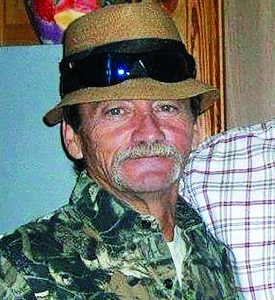 Ricky Long was pronounced dead in the home on PD Ranch Drive, a narrow dirt lane off of Will Inman Road just east of Tabor City at about 9:30 p.m. Saturday.

“Gunshot wounds were the cause of death,” Soles said, reporting on an autopsy conducted Monday in Raleigh.

Few details have been released in the ongoing criminal investigation that began as an assault report, sheriff’s spokeswoman Michelle Tatum said in a news release Sunday.

Long apparently had a former Fair Bluff address, which made its way into a sheriff’s report and Sunday’s news release. Family members said Long died in the house where he was living.

Soles, Tuesday, said it was still too soon in the investigation to release further information.

A graveside funeral service for Long was planned for 11 a.m. this Thursday. See the obituary here.

Look for more on this story in this week’s Tabor-Loris Tribune in print and online, and for updates here as events warrant.

An assault report near Tabor City has become a murder investigation.

Ricky Long, 57, was discovered dead on the scene at about 9:30 p.m. Saturday after deputies responded to the assault report at 366 PD Ranch Drive, a narrow dirt lane off of Will Inman Road just east of Tabor City, Columbus County Sheriff’s Office spokeswoman Michelle Tatum said Sunday.

An early sheriff’s report showed Long with an address in Fair Bluff. His brother, however, on Monday said Long died in the home where he had been living for some time. (This updates earlier reporting.)

An autopsy Monday will determine the cause of death, Tatum said. With the investigation treated as a homicide, no further details were to be released Sunday.

Updates will be posted here as event warrant. See the complete story in this week’s Tabor-Loris Tribune in print and online.