Suspects in the weekend murder of Ricky Long in his Tabor City home are in custody in Oklahoma, the Columbus County Sheriff’s Office announced Wednesday. 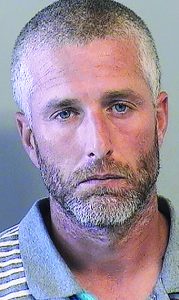 William Matthew Fortney, 39, of Coweta, Oklahoma and Amber Nicole Hitchcock, 32, of Broken Arrow, Oklahoma, were taken into custody Wednesday by the U.S. Marshal’s Fugitive Task Force in a Tulsa, Oklahoma hotel room, sheriff’s spokeswoman Michelle Tatum said in a news release. Both are charged in fugitive warrants with murder and armed robbery.

Long was assaulted and shot Saturday night, his brother Rodney Martin discovering the body after neighbors saw a man and woman driving away in Long’s car.

Long’s 2002 Toyota Avalon was located underwater in Wagoner, Oklahoma, Tatum said. Fox 23 TV in Tulsa, Oklahoma reported that the car was found in the Verdigris River. 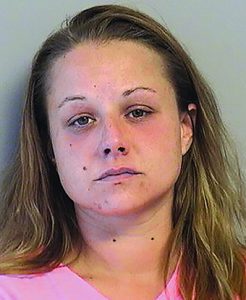 Investigators believe Fortney and Hitchcock shot Long after they had entered his home, took the car and fled to Oklahoma, Tatum said. Fox 23 quoted police there who said Hitchcock is pregnant and has admitted to the murder. She reportedly told police that she and Fortney met Long while on vacation “and hung out with him for a few days before killing him during a robbery.”

Martin, earlier this week, said Fortney and Hitchcock had been in the Tabor City area long enough to get jobs at two local businesses.

Updates will be posted here as events warrant, the full story in the next  in print and online.