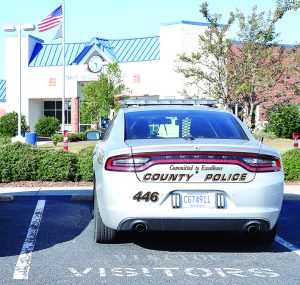 Those threats prompted a heavier than usual police presence on campus Thursday, with some parents expressing worry about their children online.

“Elevated law enforcement presence will remain at the school today as the investigation continues in an attempt to corroborate, or discount the information that has been reported,” the school notice said, in part. “Again students and staff are safe.”

Earlier Thursday said there were increased HCPD patrols in the area of the school, and detectives were seen on campus Thursday morning.

Updates will be posted here as events warrant. For more on this story see the next Tabor-Loris Tribune in print and online.