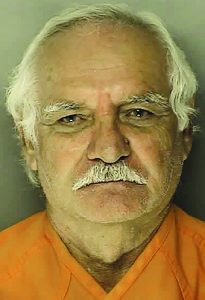 Eight charges related to the exploitation of a minor have been filed against a Loris man, South Carolina Attorney General Alan Wilson announced Thursday.

Paul Hajba Jr., 67, was arrested Wednesday morning, charged with eight counts of sexual exploitation of a minor in the second degree. He remained in the J. Reuben Long Detention Center near Conway Thursday afternoon without bond.

If convicted Hajba could serve up to ten years in prison on each count.

Internet Crimes Against Children (ICAC) Task Force investigators with the Horry County Sheriff’s Office made the arrest, Wilson said in a news release.

Investigators with the Attorney General’s Office, also a member of the state’s ICAC Task Force, assisted with the investigation.

Wilson said his office will prosecute the case.

See the full story in the next Tabor-Loris Triune in print and online.