Surveillance video documenting a break-in attempt and the kicking of a kitten on Old Stake Road, Tabor City, released Tuesday, resulted in the quick identification of two suspects, and their arrests. 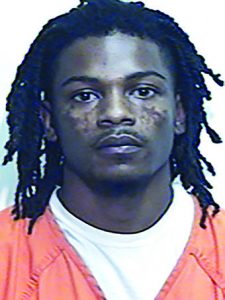 They are charged in Oct. 18 break-ins at the home of Raymond Fowler on Old Stake Road, Tabor City and Nicole Morrison on Rough and Ready Road, Cerro Gordo, where a safe was stolen, recovered after being forced open the same day, Tatum said.

Video surveillance at the Fowler home, which showed the break-in attempt and a four-week old kitten being kicked, was released by the sheriff’s office Tuesday, citizen tips leading to the quick identification of suspects, Tatum said. 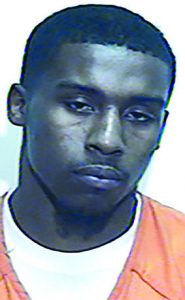 Brisbon was in custody Wednesday, Young on Thursday, Tatum said. Both were jailed at the Columbus County Detention Center, bonds set at $50,000 for Brisbon, $35,000 for Young.

Surveillance video that captures the moment a man kicked open the door at a Tabor City area home last Wednesday may be the key to identifying two suspects, the Columbus County Sheriff’s Office hopes.

Two men in a 2007 to 2009 Ford F150 work truck pulled up at the home of Raymond McCoy Fowler Jr. just after 1 p.m. last Wednesday, two men getting out, one knocking on the window, the other walking onto the porch and knocking on the door, sheriff’s spokeswoman Michelle Tatum said Tuesday.

Fowler was inside the home in the 8000 block of Old Stake Road, but did not recognize the men and did not answer the door, Tatum said. Both men got into the truck, briefly, then one returned, knocked on the door, then turned a 4-week old kitten that was approaching on the porch.

Detectives have a four-minute video of the incident, and released a 20-second clip showing the second approach, the suspect kicking the kitten, then kicking the door in.

Encountering Fowler inside, the suspect fled just as the second man was approaching the porch. Both got back into the truck and sped away.

The truck’s front grill is painted white, an aftermarket modification, Tatum said. It also has a silver toolbox in the bed.

Anyone with information on the men in the video and images here is asked to contact the Columbus County Sheriff’s Office Detective Division at 910-640-6629.