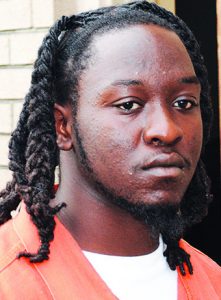 A guilty verdict was reached Friday for Whiteville area man in the 2013 murder of Lee Travis Wright near Tabor City.

Lee Travis Wright, 20, of Chadbourn was killed on Oct. 8, 2013, when several men attempted a robbery at a mobile home on Shug Norris Road. A second victim was seriously injured in the gunfire.

Co-defendant and brother of Demoncrick Hunter, Darrius Hunter, entered a plea of guilty on Nov. 27 to second degree murder and received a sentence of 192 to 243 months for his role in the 2013 murder

Parents of Wright “eloquently and passionately addressed the court and defendant following the guilty verdicts detailing the life of their son and the impact that this incident has had on their lives,” a news release from District Attorney Jon David said.