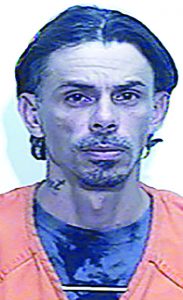 A body discarded in a wooded area near Tabor City has resulted in the arrest of an Uber Driver from Myrtle Beach and an ongoing investigation on both sides of the state line.

Charles Rayford Hunt Jr., 40, of South Gate Parkway in Myrtle Beach, was arrested later the same day, charged with concealing and failing to report a death. He was held at the Columbus County Detention Center under a $50,000 secured bond.

Horry County Police received the missing persons report on Capra on Dec. 29, Tatum said. Their investigation let them to Columbus County, and prompted the Dec. 31 request for CCSO assistance.

An autopsy conducted at the Office of the State Medical Examiner in Raleigh was completed Tuesday, confirming that the body found in Marlowe Road was Capra.