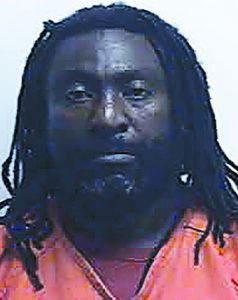 A “forensic development” in a seven-year-old Green Sea area murder has resulted a murder warrant for a Chadbourn man.

Andre Wiley Davis, 44, of Graham Street in Chadbourn was arrested by  the U.S. Marshal’s Task Force and jailed at the Columbus County Detention Center nearly a month ago, on Dec. 14, 2017, jail records show.

Davis is awaiting extradition to South Carolina on the warrant charging him in the January 2011 murder of Joseph David Williamson, who was 30.

Williamson’s body was “bound and deceased” when it was discovered on the shoulder of the 6700 block of Norton Road on Jan. 9, 2011.

A recent “forensic development” breathed new life into the case, with Homicide Det. King Hemingway tasked with taking a new look at the crime, Dotson said in a news release. Other detectives and one of HCPD’s cold case groups conducted a “compressive review of the case,” resulting in the murder warrant for Davis, and his apprehension in Columbus County.

Dotson said the HCPD is “committed to brining justice to the victims and their families.

Anyone with any information on a crime in Horry County can offer anonymous tips at the Crime Tip Hotline, 843-915-TIPS (8477) or at crimetips@horrycounty.org.