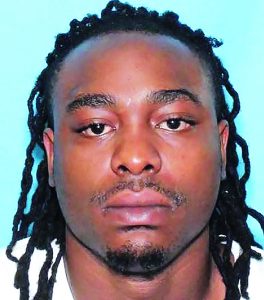 Quotase Jenrette, 20, will be charged with murder in the Jan. 6 shooting of Kendall Jamar Ray.

Police are on the hunt for a Clarendon man who will be charged in a week old murder case in northern Horry County.

Police were called to Bart’s Road shortly after 1 a.m. on Jan. 6, and found Ray on the ground outside a home with an apparent gunshot wound to the head, a woman at his side, another man in the yard, a report by Officer James Green said.

A witness told police Ray had gone outside the home with a man who wanted to show him a gun, the report said. A short time later the witness heard a gunshot, looked outside, and found Ray on the ground.

Anyone with information on Jenrette or where he might be found is asked to call the Horry County Police Department at 843-915-8477 of email CrimeTips@HorryCounty.org.