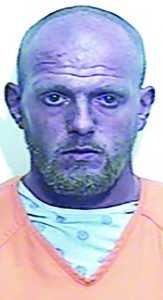 Attempted murder and arson charges were filed Sunday against a Tabor City area man accused of setting his girlfriend ablaze in the home they shared with her young children.

Nicholas Alexander Wallace, 25, of 308 Dulah Road was charged with three counts of attempted murder and arson, held without bond on the first three counts. Bail was set at $100,000 on the arson charge, Columbus County Detention Center records show.

“When the suspect ignited Brittany and the residence, the children ran to a neighbor’s residence for help,” Tatum said.

Long was transported by ambulance to Columbus Regional Healthcare in Whiteville, treated for her injuries and released, Tatum said.