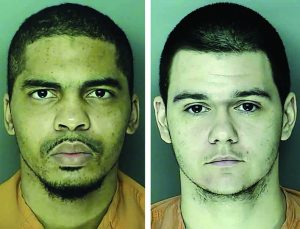 Guilty pleas from two men Thursday end prosecutions against three in the brutal 2014 of an Aynor man, the case with ties to Tabor City, Columbus and Bladen counties.

Douglas Deshawn Thomas, 25, who listed a Whiteville address at the time of his arrest, pleaded guilty to burglary.

Benton, Cheatham and Thomas were convicted of armed robbery at the Tabor City McDonald’s in the early morning of April 28, 2014, the morning before Smith’s murder, serving about 18 months in a North Carolina prison for that crime.