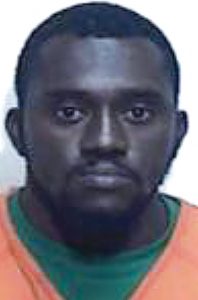 One of three people charged in a 2016 killing on a Tabor City street admitted his guilt in court on Friday.

Grainger’s wife, Debra, found her husband dead in the street, near his bicycle, after venturing out to check on him when he did not return from a visit to a downtown automated teller in the early morning.

Dixon was one of three charged following an investigation involving the Tabor City Police Department and State Bureau of Investigation.

Superior Court Judge Douglas B. Sasser sentenced Dixon a prison term of 312 to 387 months, 26 to more than 32 years.

Look for more on this story in next week’s Tabor-Loris Tribune in print and online.