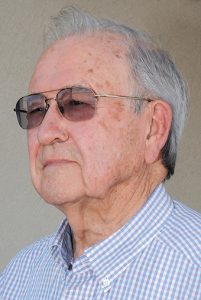 Voters were almost evenly divided 38 years ago on the question of opening an ABC Store in Tabor City, but ultimately approved the measure while voting against legal beer and wine sales in town.

Those would come a few years later.

Built with borrowed money in a prominent location on U.S. 701 Bypass, the store was quickly profitable under a board chaired by banker Bernice Gerald.

Gerald says it’s time to step down, members of the Tabor City Council last week reluctantly agreed not to re-appoint the retired banking executive to another three year term.

Town Manager Al Leonard, announcing Gerald’s decision to council, noted that the store that opened in 1980 had never had another board chairman.

“We certainly thank him for his years of service,” Leonard said. “He took that job seriously. They ran a very good operation.”

Leonard encouraged council to “think hard” about naming a replacement to the board, which now includes Eddie Grainger and Terry Bell.

For much more on this story see this week’s Tabor-Loris Tribune in print and online.