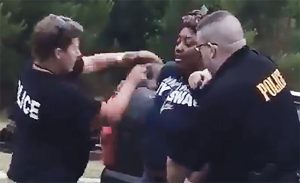 A series of videos taken after police encountered Audrey Yvonne Tyler, 26, of East Barnes Lane were attached to this reporter’s Facebook page. See one of the videos here.

The videos show the woman refusing commands from Lt. Ken Grice to put her arms behind her back, telling Grice and Det. Lee Allsbrook that she will not go to jail, and at least once cursing.

Not shown in the videos is the police pursuit that resulted in the arrest of Robert Harold Tyler, 48, of Swamp Fox Road, Fair Bluff. 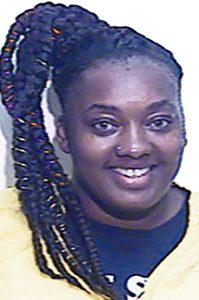 Audrey Tyler came from a house as Robert Tyler was being taken into custody, Chafin said. Robert Tyler’s “hat came off. Audrey came out, and he’s yelling ‘Audrey, get my hat.’”

Robert Tyler was charged with felony possession of cocaine, fleeing to elude arrest, resisting police, and possession of a controlled substance in a jail. 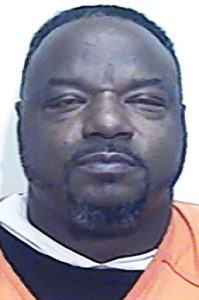 Audrey Tyler was charged with assault on an officer, resisting arrest, and possession of a controlled substance in a jail.

Both were booked at the Columbus County Detention Center, bonds set at $7,500 each.

Chafin said he had been told the Tyler’s would be complaining about their treatment, but that he had not seen them at mid-morning Thursday.

“They’ve got no complaint, not from the video I’ve seen,” Chafin said. They officers, both of them showed great restraint. They made a good arrest, got some drugs off the street. They did a good job.”

Chafin said he did plan to pursue one aspect of the case, seizing Robert Tyler’s car based on the cocaine charges against him.