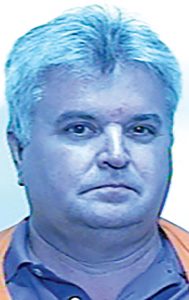 Prince was charged with embezzlement and two counts of obtaining property by false pretense, all three felonies, and released from the Columbus County Detention Center under a $7,500 unsecured bond.

Sheriff’s investigators began their investigation after being told that a laptop computer containing financial information and other documents were missing from the Animal Control office on Legion Drive in Whiteville, the news release said.

Detectives determined that Prince, in the course of his job, had “created numerous PayPal and GoFundMe accounts to make it easier for nonprofit organizations to make donations and/or payments to Columbus County Animal Control,” the news release said. “Detectives subpoenaed bank records, PayPal account records, and GoFundMe account records for Mr. Prince and the Columbus County Animal Control.:

Prince, when he resigned last fall, said long hours were to blame.

Detectives have not concluded their investigation in this case, the news release said.

Look for updates to this story here, as events warrant, and the full story in the next Tabor-Loris Tribune in print and online.