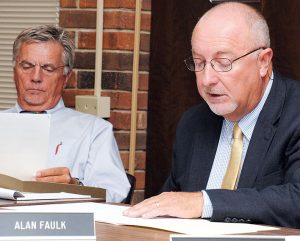 Supt. Alan Faulk will retire from the Columbus County Schools this fall.

Faulk, the school system for seven years, has spent his entire career in education in Columbus County.

Faulk submitted his resignation, effective Oct. 1, to the Columbus County Board of Education during a meeting Thursday afternoon.