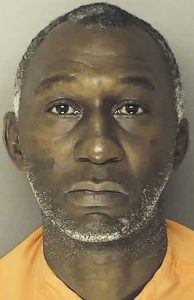 Abel Gause, 44, was convicted by a jury sitting in Conway last Wednesday, Circuit Court Judge Benjamin H. Culbertson handing down the sentence in the one-day trial.

For Gause it was a third offence trial on charges of possession with intent to distribute heroin, and distribution of the drug.

Gause was found with heroin under the driver’s seat of his car following a traffic stop by an Horry County police officer on March 28, 2017.

“This case is an example of great work by law enforcement to get a man dealing drugs in the community off the streets,” Martin said. “We appreciate the hard work by officers and agents to ensure justice was served.”