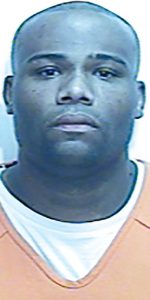 More charges have been filed against a pest control employee accused last week in the theft of tens of thousands of dollars worth or prescription medication  from Baldwin Hills Pharmacy in Whiteville, the Columbus County Sherff’s Office reports.

For the latest wrap-up on this story see tomorrow’s Tabor-Loris Tribune in print and online.

A pest control company employee has been charged in the theft of $8,000 worth of prescription narcotics from a Whiteville pharmacy, Columbus County Sheriff Lewis Hatcher said Friday.

Charged with four counts of trafficking opium or heroin and one count of larceny, all felonies, Mitchell was booked into the Columbus County Detention Center under a $75,000 secured bond, Hatcher said. 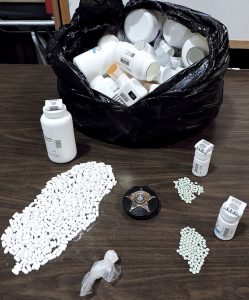 Responding to the business at 607 Jefferson Street in Whiteville, detectives “discovered that an outside contractor gained access to the pharmacy while performing his job duties,” the news release said.

Mitchell is accused of taking 700 Oxycodone tablets from the pharmacy while working there earlier in the day on Thursday, the news release said.

Detectives found Mitchell, driving a pest control company vehicle, in the parking lot at Bojangles’ in Whiteville, and arrested him there.

See more on this story in the next Tabor-Loris Tribune in print and online.