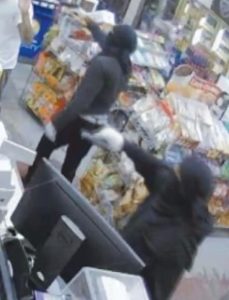 Surveillance images of robbery inside the Quick Mart in Chadbourn at about 11:20 p.m. Wednesday

A former New Jersery resident living in Horry County for about 18 months has been identified as the man killed during a robbery attempt and carjacking in Longs Wednesday night.

“His wife of 29 years tells me he was a loving husband, father, step-father, brother, and a good friend to a great many people,” McSpadden said.

A store robbery attempt turned deadly in Longs was just the start of a two-state crime spree that involved two additional armed robberies in Loris and a store hold-up in Chadbourn overnight Wednesday, Capt. John Harrelson of the Horry County Police Department said.

Police in both states were on the hunt for three men believed to have been involved in an attempt to rob the Food Lion on SC 9 in Longs, a carjacking that turned into murder there, robberies at the Carolina Inn and on Fox Bay Road in Loris, and a store in Chadbourn, Harrelson said.

Police responding to the Food Lion in Longs at about 10:15 p.m. found a man who had been killed in his vehicle and a store employee shaken by the robbery attempt.

A man armed with a gun confronted a store employee in the parking lot outside the store, demanding that the employee unlock the store, Harrelson said. 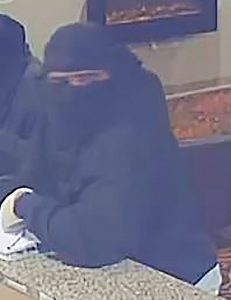 “At the same time it is reported that two other armed black males confronted a person sitting in a car in the parking lot, and when he tried to flee the suspects fired into the vehicle, killing the victim,” Harrelson said.

It will be Friday before the name of the victim is released, Horry County Deputy Coroner Michelle McSpadden said Thursday, because some family members have not yet been notified.

All three men then stole a grey Nissan Altima with a South Carolina license plate, PFP 140, and fled.

Robberies that took place soon after, at the Carolina Inn and of an individual broken down on Fox Bay Road, were apparently related, Harrelson said.

Anyone who sees the suspects or the Nissan is asked to immediately call 911. Anyone with information on the Horry County incidents can call 843-915-TIPS, or email crimetips@horrycounty.org.

This car was stolen at the Food Lion in Longs Wednesday night, and is believed to have been involved in two robberies near Loris, a third in Chadbourn.

Look for updates on this story as they become available, and the full story in the next Tabor-Loris Tribune in print and online.