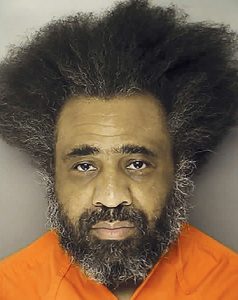 A Tabor City man is facing murder and other charges in last week’s carjacking and attempt and murder at the Food Lion in Longs, and is a suspect in a string of robberies that followed on both sides of the state line.

James Laverne Bellamy, 47, was arrested by U.S. Marshals near Fair Bluff about 5 p.m. Wednesday afternoon and held at the Columbus County Detention Center in Whiteville pending extradition to Horry County.

Bellamy will be charged with the murder of Gerard “Jerry” Celentano, 57, who died during an aborted robbery attempt at the grocery store on SC 9 in Longs after he attempted to drive away from a carjacking attempt, police said last week.

Additional Horry County charges facing Bellamy include two counts of armed robbery and possession of a weapon during the commission of a violent crime, three counts of kidnapping, HCPD spokesman Capt. John Harrelson said in a news release.

One gunman had approached a store employee walking away from the closed store, demanding that the door be unlocked, while two more approached Celentano, who was in his car in the parking lot.

When Celentano tried to drive away, at least one of the gunmen opened fire into the car, killing Celentano. Responding police found Celentano’s body inside his car.

Horry County Police say the robbers are believed to be responsible for armed robberies at the Carolina Inn, and of a stranded motorist on Fox Bay Road, both near Loris; before crossing the state line and robbing the Quick Mart in Chadbourn.

A robbery attempt at a United Carolina Bank branch in the Mt. Olive area near Green Sea Floyds High School, earlier last Wednesday, may have been committed by the same men. Two men carrying rifles approached the bank, and fled when they found the door to be locked.

There were no injuries in the additional robberies.

Police are continuing their investigation and their hunt for additional suspects.