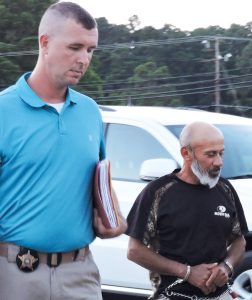 A suspect in a decade-old Columbus County murder is in custody thanks to someone who “followed their gut” and used a Google search to unmask the fugitive, Sheriff Lewis Hatcher said Friday.

Fernando Carvajal Galarza, 59, was brought back to Columbus County from Glasgow, Kentucky Thursday, and booked into the Columbus County Detention Center in the March 15, 2018 murder of Luis Dorame Yanez in his Chadbourn area home, Hatcher said in a news release.

Deputies were called to the home on Peacock Road at about 2:45 a.m. and found Yanez dead inside of a gunshot wound to the upper portion of his body, the news release said.

“Mr. Yanez’s body was located beside piles of beer cans in the front room of the singlewide mobile home,” the news release said.

A husband and wife who also lived in the home told detectives that Yanez had been with another man in the home at 9 p.m. on March 14, when the couple had gone to bed.

A “loud noise” woke the couple, the husband found Yanez’ body, called the landlord, who called 911.

Yanez, who was 33 when he was killed, had been in the county about two months prior to his death, employed in the construction business doing concrete work.

Detectives found witnesses who were cooperative, others who were “uncooperative and lied to investigators,” the news release said.

An “anonymous person” brought information to investigators earlier this month, who learned that Galarza was living in Glasgow, Kentucky under the alias Jose Martinez. 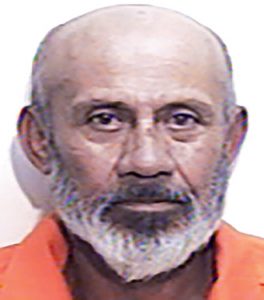 The “anonymous person” was able to learn Galarza’s real name, used it in a Google search, with returned the Columbus County Sheriff’s Office website showing Galarza as the county’s “Most Wanted” sought for murder.

CCSO Detectives were able to prove that Martinez was, in fact, Galarza, and contacted the Barren County Sheriff’s Office in Glasgow, Kentucky for assistance in making the arrest.

“Surveillance was established and when it was safe for all involved, Barren County Sheriff’s Office encountered Galarza and took him into custody,” the news release said.

“In the past ten years, Galarza has lived a lawful life, in an attempt to avoid law enforcement,” the news release. “He was in a relationship and working, living what appeared to be a normal life.

“Galarza remained in contact with his family while he was on the run.”