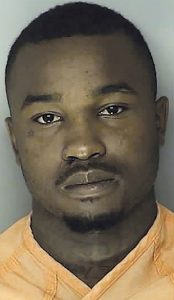 Three Columbus County men have been handed long prison terms for their roles in the killing of a Loris store owner during a 2016 armed robbery and a second hold-up at the U.S. Post Office in Clarendon, U.S. Attorney Sherri A. Lydon announced Friday.

Vanderhorst, who fired the shots that claimed Loris Market and Beverage owner Edy Boudagh, 45, during a May 16, 2016 hold-up at the store on SC 9 business just east of Loris, was sentenced to serve 55 years in prison.

Miller was sentenced to serve 262 months, nearly 22 years in prison; Altman was given a 14 year prison sentence.