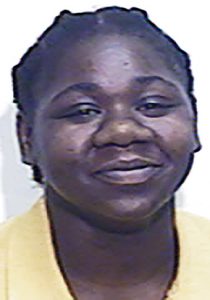 A second suspect in a 2016 killing on a Tabor City street has entered a guilty plea to second-degree murder, District Attorney Jon David said Friday.

Samari Tyshea Vereen entered the plea in Columbus County Superior Court Thursday, and was sentenced to serve from 216 to 272 months in prison, 18 to more than 22 and a half years behind bars.

Vereen’s admitted her role in the Sept. 2, 2016 death of Albert Grainger on Bell Street in Tabor City.

Grainger’s wife, Debra, “gave an emotional and moving account of the loss and trauma that this murder has had on her, her children and grandchildren,” David said in a news release.

Debra Grainger found her husband dead in the street, near his bicycle, after venturing out to check on him when he did not return from a visit to a downtown automated teller in that early morning.