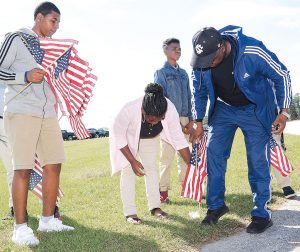 “Our system,” David said in a news release, “is designed to provide for a slow and deliberate process to ensure fairness.”

Raheem Cole Dashanell Davis, 20, of Braswell Road in Chadbourn, is charged with first degree murder in the shooting death of Conner, accused of firing a volley of shots from inside a stolen GMC pickup truck that the Trooper had stopped for speeding.

That truck was not reported stolen until more than 12 hours after Conner was shot.

David said the case “has the full attention of my office and demands our best effort,” including consideration of the death penalty, a decision that is still some time away.

“Ultimately, our decision to seek the death penalty must rest on firm footing, both legally and factually, and speak throughout time,” David said. “During this highly emotional period I am calling for calm and asking for people to trust in the process.

“The emotion which we all feel is best directed towards supporting Trooper Conner’s family, and our entire law enforcement family, during their period of mourning.”

David said state law gives district attorneys “sole discretion to seek the death penalty,” and that he will make his decision after the investigation is complete, after consulting with senior prosecutors on his staff, and after he meets with the family of Trooper Conner, a conversation that will not take place until the funeral, scheduled for 4 p.m. Sunday at South Columbus High School.

Visitation will begin at 1 p.m. at the school.

Look for full coverage of this story in the next Tabor-Loris Tribune in print and online.