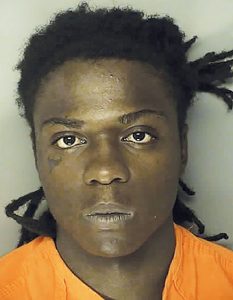 During a first appearance hearing before Judge Jason Disbow Askew looked straight forward as Rick Miller was appointed interim counsel for him, The News Reporter in Whiteville reported.

As District Attorney Jon David asked the judge to deny bond, Miller said it was too soon for him to seek bond because he did not know enough about the facts of the case.

David said store video from a convenience store at the South Carolina line showed Askey getting in the driver’s seat of the GMC pickup truck investigators say was stopped by Conner moments before he was gunned down.

David would not say who pulled the trigger, firing the shots that would claim the 11-year veteran trooper. He said DNA testing is underway, search warrants are being executed and interviews are still underway in the ongoing investigation.

Askew’s arrest came six days after Raheem Cole Dashanell Davis, 20, of Braswell Road in Chadbourn, was arrested in Fair Bluff just hours after Conner was shot during the 12:15 a.m. traffic stop on U.S. 701 in the Sellerstown community south of Whiteville.

Updates will be posted here as events warrant, with a full update in the next Tabor-Loris Tribune in print and online.

If Askew waives extradition, he could be back across the state line this week to face the murder charge. A warrant for his arrest was issued Monday. 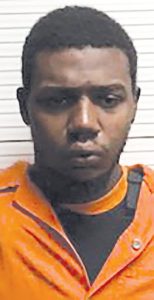 Raheem Cole Dashanell Davis, 20, of Braswell Road in Chadbourn, was arrested in Fair Bluff about 4 a.m. last Wednesday, less than four hours after the 11-year veteran trooper was shot during a traffic stop on U.S. 701 in the Sellerstown community south of Whiteville.

David said investigators and prosecutors were aware of Askew early in the investigation of Conner’s killing, and indicated that Askew’s movements were closely monitored by law enforcement, including the U.S. Marshal’s Service, the North Carolina State Bureau of Investigation, and the State Law Enforcement Division in South Carolina.

David would not say who investigators believe fired the shots that killed Conner, bullets striking the trooper in the head and torso as he approached what proved to be a stolen GMC pick-up truck about 12:15 a.m. last Wednesday on U.S. 701 in the Sellerstown Community.

Video from the 701 Service Center, a convenience store at the crime scene, and from Trooper Conner’s dash cam, is important to the investigation, but David said that, and other evidence, will be revealed in court proceedings, not before.

“I will tell you today that both of these defendants will be rigorously prosecuted,” David said.

Offering thanks “to the citizens of this county for coming forth and furnishing information to help us in this investigation,” David said the ongoing probe has made the facts of the case more clear.

“Investigations of this magnitude are always ongoing,” David said.

David encouraged anyone with information on the case, anyone who may have heard something related to killing of Trooper Conner, events leading up to or following that fateful traffic stop, to contact law enforcement. David said the Columbus County Sheriff’s Office is a good place for those with information to turn.

A news conference is scheduled for noon, where David said he will provide additional information on the new suspect and charges.

Chauncey Demez Lamar Askew, 18, will be charged in the killing, multiple sources said this week. He was arrested by Horry County Police Department officers early Tuesday and booked at the J. Reuben Long Detention Center near Conway just after 5 a.m., jail records show.

Raheem Cole Dashanell Davis, 20, of Braswell Road in Chadbourn, was arrested in Fair Bluff about 4 a.m. last Wednesday, less than four hours after the 11-year veteran trooper was shot during a traffic stop on U.S. 701 in the Sellerstown community south of Whiteville.

Davis was charged with first degree murder and held without bond at the Columbus County Detention Center in Whiteville.

Neither prosecutors nor law enforcement spokesmen revealed a second suspect prior to Tuesday’s announcement.

Visitation and funeral services for Conner, held Sunday at South Columbus High School, brought hundreds of law enforcement officers from across the county, and a crowd estimated at more than 3,000 paying their respects.

Look for updates here as events warrant, and the full story in Wednesday’s Tabor-Loris Tribune in print and online.