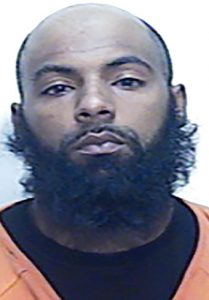 “Human error” that resulted in the improper release of Whiteville area resident held on a parole violation charge has the Columbus County Sheriff’s Office on the hunt of a felon, Sheriff Lewis Hatcher said Thursday.

Andre Delmas Shipman was arrested Monday and charged by Whiteville Police Department for possession of a firearm by a felon, possession of a stolen firearm, carrying a concealed gun, and possession with the intent to sell/deliver marijuana, Hatcher said in a news release.

Shipman also had an outstanding warrant for a parole violation.

A step in the booking process at the detention that “would have ensured that Shipman was held for the probation violation,” was not completed, the news release said, and Shipman was subsequently released after posting secured bonds that totaled $32,500, jail records show.

Hatcher said a detention officer was reprimanded for not following protocol, procedures that were in place by the sheriff, that allowed for Shipman’s release.

Anyone with information on his location is asked to contact the Columbus County Sherriff’s Office at 910-642-6551.

Updates will be posted here as warranted, the full story in the next Tabor-Loris Tribune in print and online.