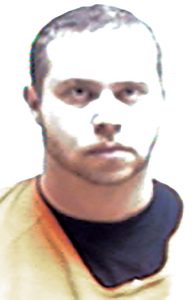 Felony charges have been filed against a Columbus County 911 dispatcher, accused of stealing a portable public safety radio and “arranging to trade the radio for an iPhone 7.”

Charged with felony counts of larceny by employee and obtaining property by false pretense, Jacobs was released on an unsecured $50,000 bond.

Investigators determined that Jacobs alone was responsible for the theft, the news release said, and as an Emergency Medical Dispatch (EMD) Telecommunicator he had access to a storage area where public safety radios are kept.

The stolen radio was recovered, the news release said.

Note: Earlier error in the bond amount has been corrected.