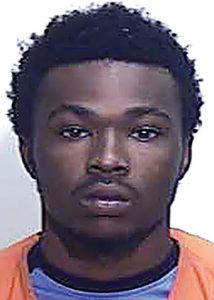 Breaking and entering warrants have been obtained for a man police had in custody early Monday, and who escaped from the Tabor City Police Department in handcuffs.

“He should not be approached,” Sibbett said. “He is very dangerous, possibly armed.”

Graham is also charged with breaking and entering at The Ritz Center, a town owned civic center nearby; and of the Tabor City Laundromat on East 5th Street.

Police believe Graham pulled an electrical meter from another Hickman Road business, Fowler’s Grill, but found no evidence that he tried to force entry into the restaurant, Sibbett said.

Officers responding to a suspicious person call found the man they later identified as Graham in an area behind the Ritz Center and Southeastern Insurance at about 2 a.m. Monday, Sibbett said.

The man had no identification, and ran from officers who quickly chased him down and took him into custody.

While at the Tabor City Police Department, handcuffed with his hands in the back, Graham gave police a fictitious name, Sibbett said.

One of two officers left the building, and Graham was able to bolt from the second, out a back door, disappearing into the night.

“Our officers gave chase, but to no avail,” Sibbett said.

An internal investigation involving police procedures is underway in the department, Sibbett said. No disciplinary action has been taken against the officers, whom Sibbett did not name.

Look for updates on this story as events warrant, and the full story in the next Tabor-Loris Tribune in print and online.