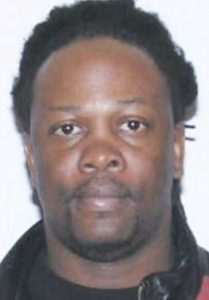 A body recovered near Tabor City less than a week ago has been identified as a missing Horry County man last seen in mid-December.

Identification was made as an autopsy was conducted at the Office of the State Medical Examiner in Raleigh. That autopsy is not complete, and it will “take a while longer before we have a cause of death,” Tatum said.

Grissett had borrowed a vehicle that was later located abandoned, Moskov said. He had last been seen wearing a red hat, blue jeans, and a camouflage hooded jacket.

Updates will be posted as events warrant. Look for the full story in the next Tabor-Loris Tribune in print and online.

A body recovered near Tabor City Saturday evening has the attention of law enforcement in Columbus and Horry counties.

Positive identification of the body had apparently not been made Sunday, Lt. Mark Bonner of the Horry County Police Department said.

Bonner said the body appeared to have been in place an extended period of time. The body was recovered in a wooded area between NC 410 and Ten Mile Road, north of Tabor City.

Though unconfirmed, there are indications the body may be that of a person who has been missing from northern Horry County for some time, Bonner said.

“It’s Columbus County’s case, but we’re sharing any information we have with them,” Bonner said.

Aaron Herring, Chief Deputy for the Columbus County Sheriff’s Office, said he had little information on the case Sunday beyond the cooperative effort with Horry County, but would have more Monday morning.