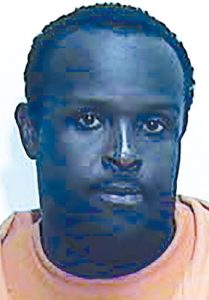 A Columbus County Sheriff’s Office deputy is getting praise form Sheriff Jody Greene for fending off an attack during an encounter in Green Acres near Tabor City Monday afternoon.

During the struggle Alton Maurice Graham, 36, of Graham Lane, Tabor City “struck the deputy numerous times in the face and head area” and “also attempted to get the deputy’s firearm, while verbally threatening to kill him,” Sheriff Greene said in a Tuesday morning news release.

Greene did not identify the deputy.

Taken into custody, Graham was charged with felony counts of assault with a deadly weapon on a government official and possession of a schedule 2 controlled substance, misdemeanor counts of assault inflicting serious injury, resisting an officer, damage to government property, and an outstanding charge for failing to appear in court on a larceny charge.

Graham was held at the Columbus County Detention Center under a $51,000 secured bond.