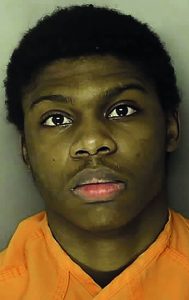 Killing a Loris teen who had been a standout athlete will send a Longs man to prison for 35 years, a judge and jury in Conway ruled Thursday.

Devonta Edward Williams, 21, was convicted of murder and two counts of attempted murder in a Nov. 12, 2016 altercation that claimed Levi Moody, who was 19, and two others standing nearby, said assistant solicitor Seth Oskin. He and senior assistant solicitor George DeBursk prosecuted the case.

Circuit Court Judge Steven H. John sentenced Williams to 35 years in prison for Moody’s murder, 30 years each on attempted murder charges for the two other men.

Williams will not be eligible for early release, a news release from the 15th Circuit Solicitor’s said.

Moody had been a high school football standout at Loris High School and was well known in the community.