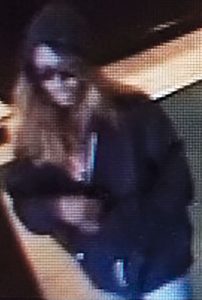 An investigation into the robbery of the BB&T branch in Loris continues Friday with the release of a surveillance image to the robber, Chief Cary Buley said.

Police have released no new details on the robbery, which took place about 1:30 p.m. Thursday when a person, believed to be a woman, entered the bank, said she had a gun, and demanded money.

Anyone with information on who the person in the surveillance image is, or on the robbery, is asked to contact the Loris Police Department. 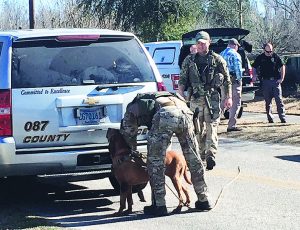 Witnesses last saw the robber in the area of the old Loris High School, and the search effort continues, with a focus on that area, Buley said.

“We were able to shut the perimeter down pretty quickly, had some witnesses who seen where she went, that’s why we are in this area,” Buley said. “We were here pretty quickly to shut it down.” 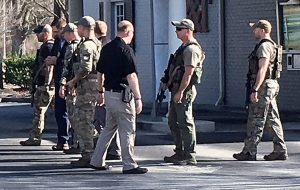 Bank employees say the woman said she had a weapon, but never showed a gun during her brief time inside the bank, about 1:30 p.m., before fleeing on foot, Buley said.

Witnesses said the woman appeared to be a light-skinned black woman wearing a black hoodie and light jeans. It was not clear what, if anything the woman got away with, Buley said.

Robbery at the BB&T in Loris Thursday afternoon has drawn a heavy police presence, with bloodhounds attempting to track down a suspect at mid-afternoon.

Loris Police Department spokesman Lt. Larry Williams said a person who appeared to be a woman came into the Broad Street bank branch about 1:45 p.m., said she had a gun and wanted money.

Horry County Police Department officers were also on the scene and taking part in the investigation.

No one was injured in the robbery.

Streets surrounding the bank, with the exception of Broad Street (US 701), were shut down by police as the search for a suspect continued.

Williams said an additional update will be provided later this afternoon. Check back here for more on this developing story, and get the full story in the next Tabor-Loris Tribune in print and online. – tribjenn@tabor-loris.com, tribdeuce@tabor-loris.com