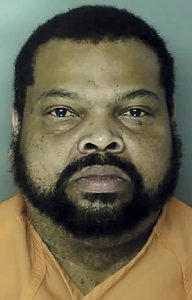 A Christmas day killing more than two years ago will leave a Loris man in prison for 35 years, a judge and jury in Conway ruled Thursday.

Roger Grate, 53, was convicted by a jury in the shooting death of his nephew, Darrell Doctor, who was 40, during a family gathering on Kennedy Street in Loris, 15th Circuit Solicitor Jimmy Richardson said.

Jurors deliberated for about two hours before delivering the guilty verdict. Circuit Court Judge Steven H. John, who presided over the trial, sentenced Grate to 35 years in prison for murder, with another five years to be served concurrently for possession of a weapon during the commission of a violent crime.