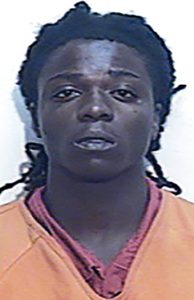 Chauncy Askew and the other inmate were in a common area of the jail in Lumberton on Wednesday when they engaged in a verbal argument, a news release from Columbus County Sheriff’s Office spokeswoman Michelle Tatum said.

Askew was returned to the Columbus County Detention Center, and has been transferred to an undisclosed facility. An earlier release that said Askew was sent to Central Prison in Raleigh was wrong, because he is not old enough to be housed there.

Askew was 18 when charged with Trooper Conner’s murder, and turned 19 earlier this month.

Look for updates on this story as events warrant and more in the next Tabor-Loris Tribune in print and online.