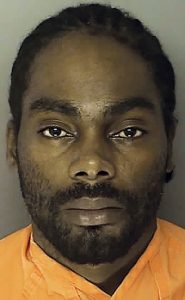 Correction: An earlier version of this story said Franklin Graham has admitted his involvement in a Feb. 14 bank robbery in Loris. Loris Police Chief Gary Buley on Tuesday said he made that statement in error, a misunderstanding of a conversation he had with a detective.

A second suspect in a Valentine’s bank robbery in Loris was arrested Sunday, Chief Gary Buley of the Loris Police Department said.

Franklin Graham, 32, of Loris, was tracked down by U.S. Marshals Sunday afternoon after weeks of avoiding investigators from Loris, Buley said. Graham was held without bond at the J. Reuben Long Detention Center near Conway charged with armed robbery and on a fugitive warrant in the Loris case, Buley said.

“We had some intel when the woman was arrested that he was the get-away-driver,” Buley said. “We had been trying to get up with him, but he wouldn’t get up with us. So we went ahead and charged him anyway.”

Marshals had been looking for Graham in Columbus County, Buley said, but found him in the Loris area.

Neal was arrested in the First Bank parking lot, Whiteville Police then saying she was walking to her car when taken into custody. Buley said Graham was there, too, until police arrived more quickly than expected.

“She was caught because he drove away,” Buley said.

Both Neal and Graham will face charges in both robberies, Buley said.

“The FBI is taking over these cases, making it one big case,” Buley said.