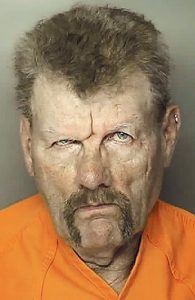 Tax evasion charges have been leveled against the owner of a Loris vape shop who lives in the Tabor City area.

Booked at the J. Reuben Long Detention Center near Conway after 10 a.m. Monday, Faulk was held without bail.

Affidavits filed by an SCDOR agent allege that Faulk underreported sales for his business, Vapor Plus in Loris, by more than $900,000 during the course of four years, evading paying sales taxes of more than $66,000.