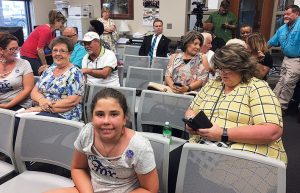 A runoff appears likely in the race for Mayor of Loris, with veteran councilman Michael Suggs trailing current Mayor pro tem by just one vote in the unofficial counting of Tuesday’s election.

Results won’t be official until the canvas is held. That’s scheduled for 10:30 a.m. Thursday at the Loris Public Safety Building.

A runoff is not automatic, but the second place finisher may ask for one if the winner fails to secure 50 percent plus one vote of the total ballots cast.

A runoff, if called for, will take place on June 11.