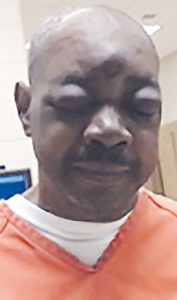 Felony death by vehicle charges are among those served on a Whiteville pastor in connection with an auto crash that claimed South Columbus art teacher Joy Timmons and her husband Brad Timmons on Friday.

Griffen was released from the jail within nine minutes of being booked, after posting a $100,000 bond, jail records show.

A resident of Whiteville, Griffen pastors a church in Pender County.

Griffen is accused of crossing the center line on NC 905 near Poley Bridge Church Road at about 6:30 p.m. Friday with his Cadillac SUV, striking a PT Cruiser and killing two of its four occupants. He is also accused of being impaired by alcohol at the time.

Brad Timmons, 41, of Clarendon dies on the scene of the crash. His wife, Joy Long Timmons, 51, died later Friday night at a hospital.

Brad Timmons’ daughter, Tiffany Timmons, was driving the PT Cruiser that has just been bought for her, her father in the front passenger seat, her fiancé Adrian Conley in the seat behind her, Joy Timmons seated behind her husband.

Both Tiffany Timmons and Conley remain in the hospital, both with serious injuries, both expected to survive, Hinson said.

Conley’s condition is more serious than that of Tiffany Timmons, the trooper said.

“He has a long recovery ahead,” Hinson said.