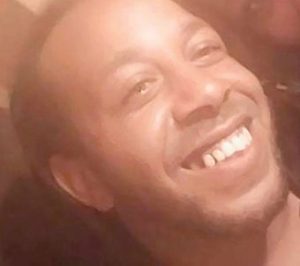 A City of Loris employee was killed when his motorcycle slammed into an oncoming car head-on north of the municipality Sunday night.

Three vehicles were involved, Cpl. Judd Jones of the South Carolina Highway Patrol said, Melvin died on the scene of the collision on U.S. 701 near Morgan Road. 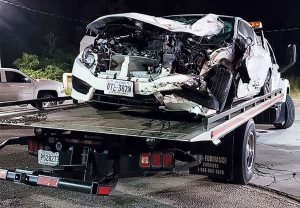 Damage to this 2016 Honda was heavy after a head-on crash involving a motorcycle Sunday night. (Contributed photo)

Melvin was driving a 2001 Suzuki motorcycle southbound on the two-lane section of the highway, and was passing a 2001 Ford when he struck a 2016 Honda car, Jones said.

Melvin was not wearing a helmet, Jones said. Both men in the cars were belted and were not injured.

Loris Fire Chief Jerry Hardee said the wreck was among the “most gruesome” he has seen in his fire service career. A piece of the motorcycle was briefly on fire, extinguished by a motorist with a fire extinguisher, Hardee said.

U.S. 701 was closed for about four hours in the aftermath of the collision while debris was cleared and the Highway Patrol began its investigation.

Hardee said he learned soon after arriving that Melvin was the motorcyclist.

“It hits you a little harder when it’s someone you know,” Hardee said.

“He was an outstanding individual,” Harrelson said. “Loved his children. Talked about them all the time.

“He loved the City of Loris.”

Melvin had been employed by the city for seven years.