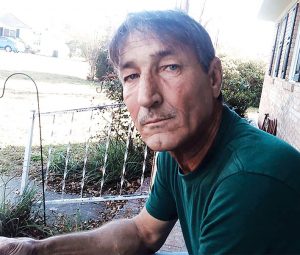 “I spoke to Greg just a few minutes ago,” Sibbett said, expressing gratitude to local newspapers and social media in the effort to locate Tyler.

Police have taken up the search for a homeless man not seen by merchants in downtown Tabor City in weeks, Maj. Greg Sibbett of the Tabor City Police Department said.

Tyler is known to most downtown merchants, and was often seen watering hanging basket plants along Main Street and Hickman Road.

Police have checked a Green Sea Road address where Tyler was known to stay, but have not found him, Sibbett said. There are medical issues, with Tyler diagnosed with diabetes and pancreatitis.

Anyone who knows where Tyler may be is asked to contact the Tabor City Police Department at 910-653-3149.

Look for updates here as events warrant and in the next Tabor-Loris Tribune in print and online.