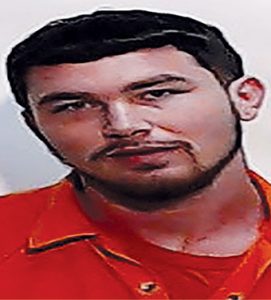 James Avery Norris, 23, was charged Monday with safe cracking, burglary, larceny of a firearm and conspiracy, the report by Lt. Robert Mumblow said.

Norris, who shows addresses on Live Oak Lane and Richard Wright Road, had left his 2002 Infiniti car on the grass outside an Evans Pointe apartment Monday morning, the report said.

Running the license plate through a computer data base, Lt. Mumblow learned that Norris owned the car, and that warrants obtained by the Columbus County Sheriff’s Office in May 2014 were still active.

Those warrants allege that Norris:

Lt. Mumblow spotted Norris at his car, and watched him walk back into an apartment as the officer called for him, the report said.

Told of the charges, Norris gave police no trouble, and said he had already served prison time, in South Carolina, released in March 2018.

Norris admitted that he had served time for offenses in Horry County, and thought the Columbus County charges were included, Mumblow’s report said.

Norris entered a guilty plea to a burglary charge on Feb. 17, 2015, and given an active prison sentence, Horry County Public Index records show.

Both Mumblow and a magistrate confirmed that despite the South Carolina prison stint, the Columbus County, North Carolina warrants were still active.

After more than 19 months of freedom from a South Carolina prison, Norris was back behind bars Monday, held at the Columbus County Detention Center under a $40,000 bond.

He wasn’t in jail long, freed after his bond was posted Tuesday. 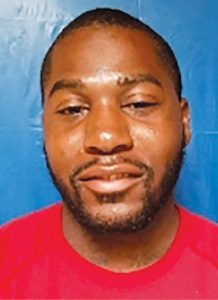 David Kadeem Hemingway was released from a North Carolina prison on May 22, 2018, and is now listed as an absconder from probation/parole supervision, those records show.

Hemingway’s criminal history dates to 2008 with convictions for possessing stolen goods, breaking and entering, arson, burning property, and indecent liberties with a child in a 2014 case in Columbus County.

It was the indecent liberties conviction that landed Hemingway in prison, after his Jan. 16, 2018 conviction. He was release on the 23-month sentence just four months after he was imprisoned.

Look for much more of this week’s news in today’s Tabor-Loris Tribune in print and online.