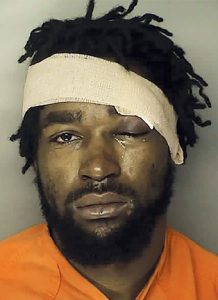 Armed robbery and assault warrants have been served against a Loris man who is also accused in the theft of a South Columbus High School Band trailer last fall.

Ervin Lavonce Pugh, 26, of Cheryl Road, Loris, was charged Wednesday at the Columbus County Law Enforcement Center, just hours after his release from a Conway jail after six months of detention, records from those facilities show.

Warrants served Wednesday charge Pugh with armed robbery, assault by pointing a gun, assault on a female, felonious restraint, larceny of a vehicle, two counts of felony larceny, and damage to property.

Pugh is accused in the Columbus County warrants of: