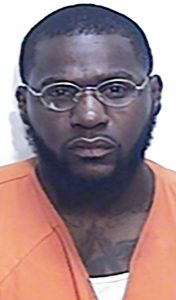 An absconder from justice was back in jail Thursday, just a day after details of his status and criminal history were detailed in the Tabor-Loris Tribune and at tabor-loris.com.

Hemingway was charged with drug violations including trafficking cocaine, possession with intent to sell and distribute cocaine, and maintaining a place for a controlled substance; two counts of fleeing to elude arrest; resisting police; driving with a revoked license; parole and probation violations.

Hemingway was held without bond on the parole violation, with bail on other charges totaling $170,000.

Warrants served on Hemingway Thursday were obtained by the Fair Bluff Police Department stemming from incidents last October and in July. A probation violation charge was from outside Columbus County, Tatum said.

Hemingway is accused of fleeing Fair Bluff police last Oct. 9, with the drug related charges dated July 28 of this year.