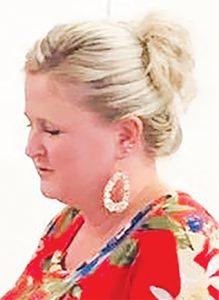 City Clerk/Treasurer Kenya Wright was removed from her post during a lengthy and largely private meeting of Loris City Council Thursday, her duties handed off to Interim City Administrator Dennis Drozdak

Wright was on the job at City Hall Friday morning, though neither her job title nor duties were clear.

Council met in special session at the American Legion Hut, moving to executive session quickly after the 6 p.m. session was called to order. Wright, other city employees, reporters and the public were left to wait outside. 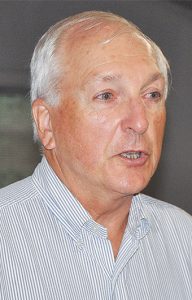 Drozdak was not present. Mayor Todd Harrelson said Drozdak “was staying back in his office because he had work to finish.”

Wright was summoned inside at 7:45 p.m., returned outside 10 minutes later as the public was invited back in.

Councilman Terrance Hardee’s motion to strip Wright of her title, and to name Drozdak clerk/treasurer “on an interim basis,” was approved unanimously.

Wright will not be taking on clerk/treasurer duties, Harrelson said in response to a Tabor-Loris Tribune question. Additional questions were rebuffed by City Attorney Kenneth Moss, who told Harrelson “You don’t have to answer questions because this isn’t a regular city council meeting.”

Council member Jan Vescovi, after the meeting, said Wright’s new title and job description have not yet been determined.